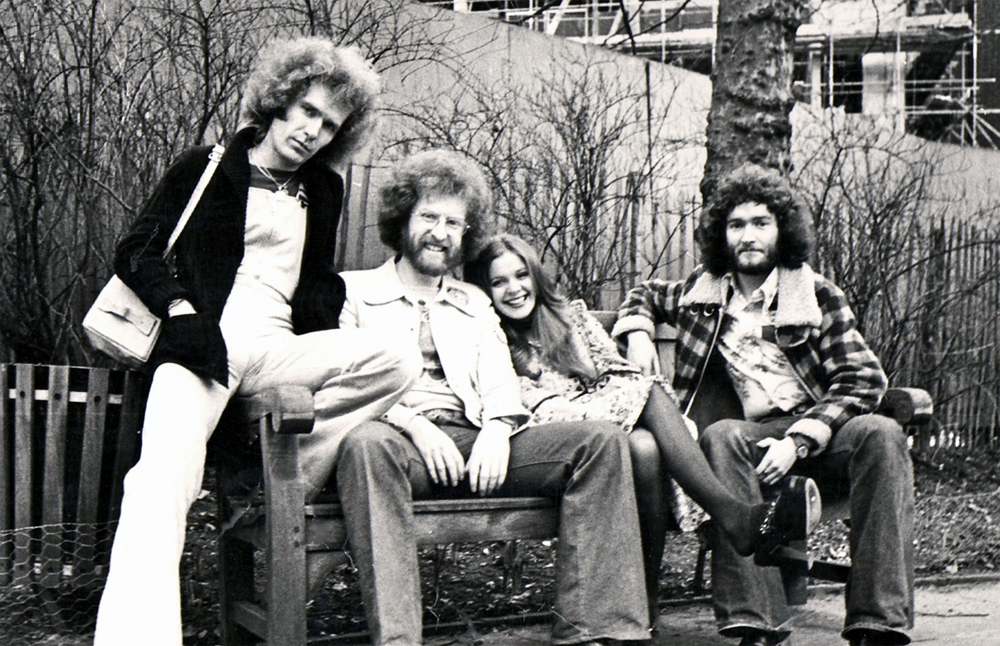 The band Fancy developed from session work.  After Ray Fenwick’s stint in the Spencer Davis Group he worked with a number of musicians including bassist Mo Foster. Ray had also worked with the producer Mike Hurst, on the Hardin-York sessions amongst others, and it was Hurst who invited Ray to cut a new version of the old Troggs hit “Wild Thing”.

The vocalist on that session was a Penthouse model, Helen Caunt, who “breathed” rather than sang. This was acceptable for the record, but not so good for live work. The band auditioned new singers, among whom was Annie Kavanagh who’d been singing in the chorus of the hit stage musical “Jesus Christ Superstar”.

By this time, the record was a surprise hit in America (peaking at #14 on the Billboard Hot 100, so the “band” (Ray, Mo, Annie and drummer Les Binks – who subsequently joined Judas Priest) toured there. Fancy stayed together for only a couple of years but managed a second US hit “Touch Me” (March 1974).

In summer 1974, Fancy signed to Arista, and embarked on a U.S. tour, supporting Kiss, Wishbone Ash and Steppenwolf (in early 1975, they also supported 10cc at the Hammersmith Odeon).

The new deal led to a second album Something To Remember (re-titled Turns You On in the States), promoted by two singles, ‘She’s Ridin’ The Rock Machine’ and a cover of Steve Wonder’s ‘I Was Made To Love Her’. In late 1975, Fancy bowed out with a non-album single, ‘Music Maker’.

Ray was getting involved with Roger Glover and Jon Lord from Deep Purple (contributing to ‘Butterfly Ball’ and Glover asked him to play on Ian Gillan’s solo album. Ian was forming a band at the time and asked Ray to join.

Mo Foster recounts the story of the video for the band’s fourth single ‘She’s Ridin’ The Rock Machine’:

I noticed that the sound (on the ITN original 1″ master)  which was in mono — was slightly out of synch. It needed replacing.

I sourced CD audio tracks from both Start Records and Angel Air Records but both were around 10 seconds longer than the video and the first verse seems to start at a different point.

I made a WAV file from the 45 single (you can hear the needle drop and the occasional click). Strangely the vinyl seems to be slightly different to the CD tracks and a little faster.

When Simon Atterbury (engineer) sped up the video by just under 1% the vinyl audio was pretty much perfect whereas the CD audio was quite a way out.

The lip sync does drift occasionally but this is maybe the miming in the studio (the Top Of The Pops effect). Most of the time it seems to be well synched. The sync issue is really interesting as it’s also out on Ray’s video cassette recording so it was probably a technical issue from 1975.”

Simon: “The flicking at the start of the video is on both the cassette tape and the master tape and was probably some crude special effect from that time period. The green graphics at the beginning and end of the 1 inch master tape recording would have been used for a cross fade between Sally James in the studio and the performance.

The green graphics work and you get a genuine 1970s transition which looks really cool.”